Warriors
The Three Brothers are a family of three granite golems, Roog, Reex and Rumble, working together as indestructible warriors.

Many years ago, the Three Brothers had worked together as an indestructible force of evil. They were so powerful, the Wizards' Council was unable to defeat them, so they ended up burying them under a mountain in Diggington.

The following events occur in the unproduced Season 5, and thus, weren't seen to happen.

After the defeat of the Stone Colossus, the Three Brothers would work under Ruina Stoneheart's control, attacking the Nexo Knights, but instead of attempting to defeat them, they constantly steal technological equipment.[1]

Note: This appearances section only counts when all Three Brothers appear in the episode. See each individual page for more information. 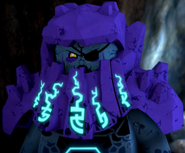 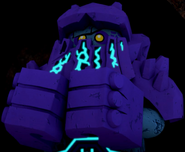