The current Royal Family is made up of two varying families - the Halberts and the Hammerins. While the Halberts wished to rule peacefully across the kingdom, without any threats, the Hammerins were born warriors and preferred battle.

Eventually, however, King Halbert would have to soon join battle against the Lava Monsters, using the Royal Mech for battle due to his ineptitude at it. They regularly work with the Nexo Knights, which their daughter, Macy, is a part of.

During a lawless age of Knighton where Monsters roamed the land freely, a local farmer, Augustin Halbert, would set off to find seven other great warriors to battle the evil forces. They were soon victorious, and Halbert became the King of the land. They also wrote the Knight's Code, soon to become a handbook for the prestigious Knights' Academy. 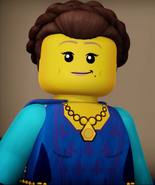 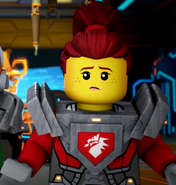