Erin Mathews
Princess Macy Halbert is a Nexo Knight and the princess of Knighton. She is also the daughter of King and Queen Halbert and a childhood friend of Clay Moorington.

As a child, Macy had to train in proper royal manners and skills, which she detests. She then observes her mother training, which inspires her to be a knight. Initially unknown to her, her mother gifted a mace to Macy, much to her delight and trains herself in combat.

She eventually meets Clay in the Academy, in which the young boy recognizes her as the girl in the castle. Due to having similar personalities and passions, both got along well in their Academy days.

Macy struggled with her parents believing that she didn't have what it took to become a knight, and vowed to prove them wrong. It is this drive that made her a valuable member of the team.

It is revealed in "Fright Knight" that Macy has a fear of being the pretty little princess her father wants her to be, with no possible chance of becoming a true knight. Her talent of fighting is similar to her mother's.[1]

She seems to have a greater concern over Clay. This relationship starts during their time in the Knights' Academy and both got along well. Upon learning the truth behind Clay's innate magical powers and about his past, Macy sympathizes the latter’s shortcomings.

Macy is very dedicated to being a knight. She wants to protect Knighton and she wants to prove to her father that she is a great fighter. She is mad that he won’t recognize her and she takes it out on every monster she can swing her power mace at. She loves going into battle with her friends, which always makes her father very nervous. Oh, did I mention her father is King Halbert and Macy is also a princess of the realm?[2]

Macy has two different sides to her. She is both a princess and a protector of the realm. She is a strong, sharp and independent woman. She can really handle herself on the battlefield, but her father King Halbert can hardly handle that she so joyfully leaps into battle. He wants her to be a princess, doing official business in nice dresses, but Macy prefers clothes made of iron, not clothes that needs to be ironed. Deep down Macy feels change coming. How long can she continue being both a protector and a princess?[3]

DEAR KING HALBERT, What can I say? Your daughter Macy is a-Mace-ing! What a Princess! And what a Knight! She can do it all! Macy is like the big sister I always wanted-but with awesome weapon skills! You should be so proud of her. 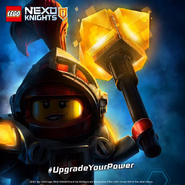 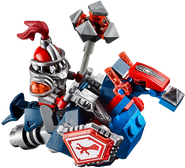 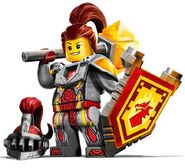 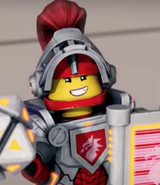 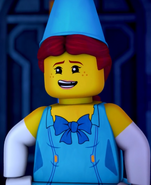