LEGO NEXO KNIGHTS: MERLOK 2.0 is an app created to tie-in with the television series and the sets to allow the game to progress.

It has been removed from both the App Store and the Play Store, and if downloaded, it will not work.

To extend the story and increase playing fun, more than 150 unique LEGO NEXO KNIGHTS powers - represented as shields - have been scattered across the kingdom of Knighton. The powers can be found in building sets, online, in print and directly in the television content. Existing in both physical and digital form, children can discover, scan and collect varied powers using the LEGO NEXO KNIGHTS: MERLOK 2.0 app. Once added to a digital power collection, children can creatively and continuously find new ways to join the knights to defeat the enemy, in their gaming experience.

The error that prevents users from playing the game. 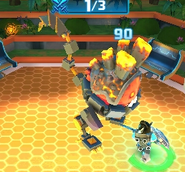 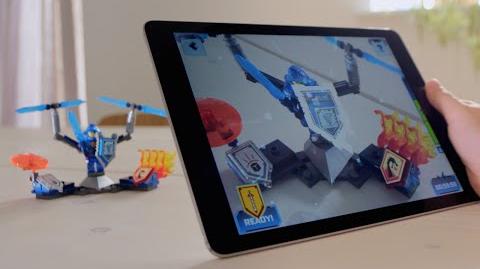